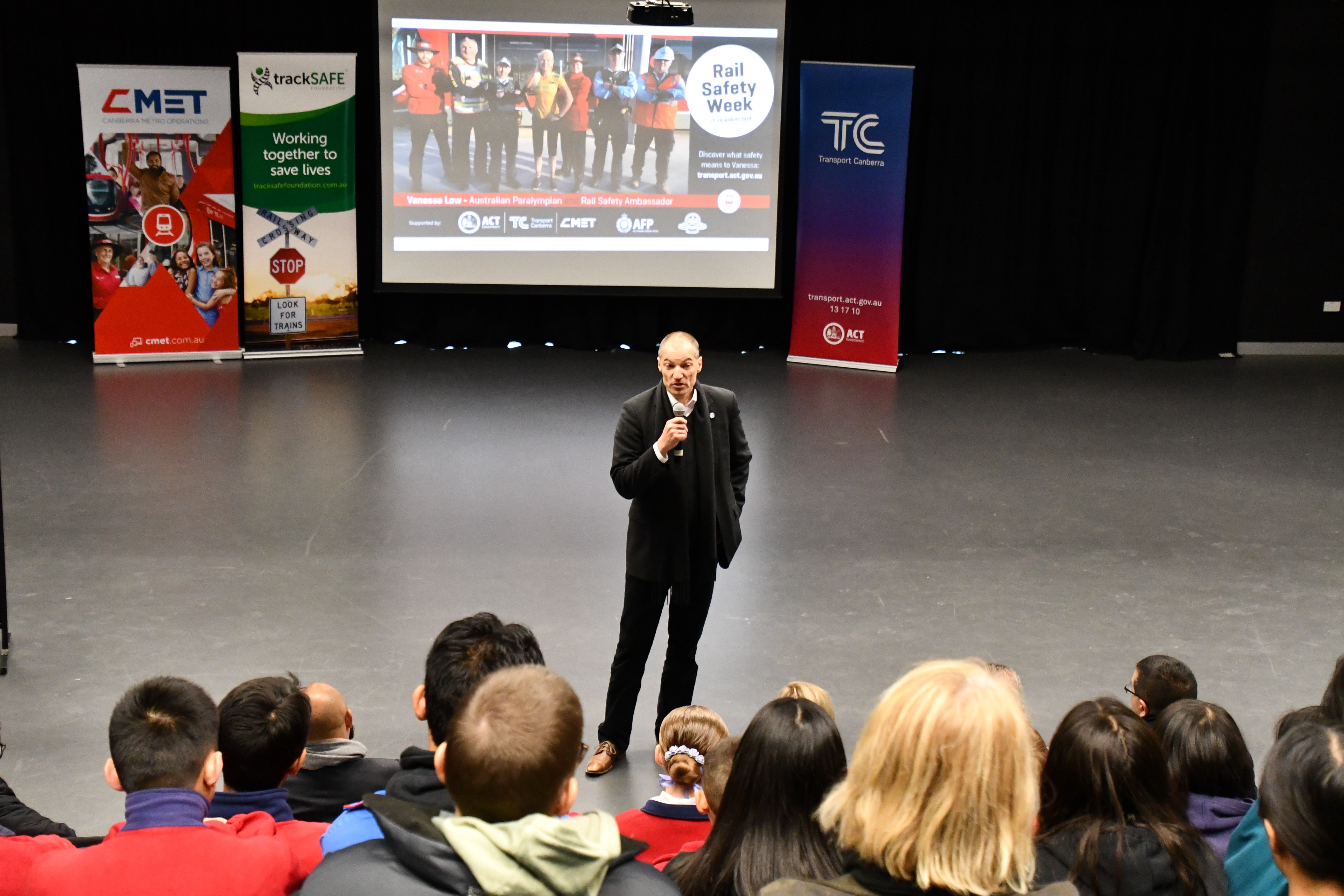 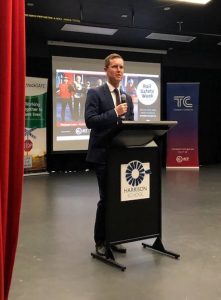 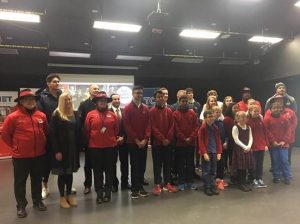 CMET General Manager Tilo Franz spoke to the students of Harrison School about the importance of Rail Safety (pictured top), before officially launching the newest near miss footage released by the ACT Government.

With shocking footage of near miss incidents on the Canberra Light Rail network, the message, ‘Pay Attention: It’s everyone’s responsibility’ is not only for passengers and pedestrians around the Light Rail, but motorists and cyclists who cross the tracks.

Rail Safety Week is an annual TrackSAFE initiative which is now in its 14th year. Rail Safety Week aims to improve education and awareness around track safety. Safety remains the top priority of CMET and the ACT Government, raising community awareness on how to stay safe around light rail.

Our Customer Service Team will be out and about talking about Rail Safety and answering your questions. Catch us at the following locations: