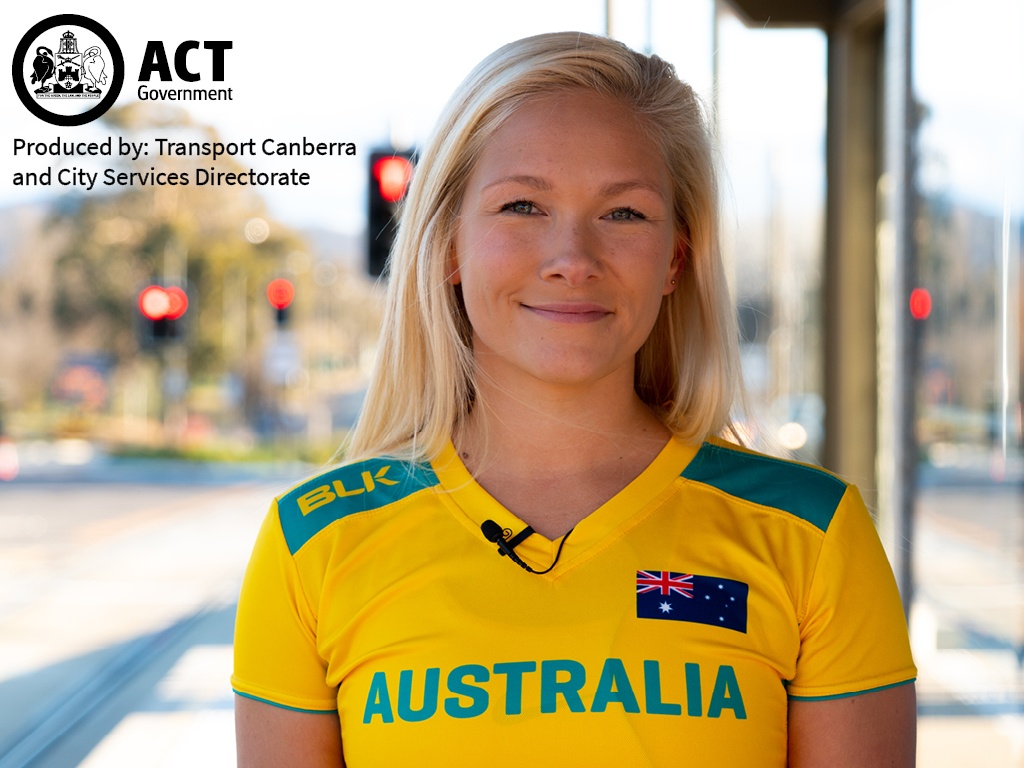 Vanessa was a week out from her 16th birthday, was an active teen and had been busy training for her first marathon. When she woke up from a coma two weeks later her world was changed forever.

Vanessa was pushed onto the tracks in front of an oncoming train at an over crowded rail platform in her home town of Ratzeburg, Germany. She lost both legs in the accident, an injury that would see most people bound to a wheelchair. Defying expectations Vanessa is not only able to walk, run and jump on prosthetic legs, but has represented Germany at two Olympic Games, medaling twice in Rio de Janeiro in 2016. She has since moved to call Australia, and Canberra, home. Vanessa is training to don the green and gold at next year’s Tokyo Paralympic Games.

As CMET and Transport Canberra’s first-ever Rail Safety Ambassador, Vanessa is hoping that she is able to make a difference in the Canberra Community by sharing her story and her own personal passion for rail safety. Vanessa is urging all Canberrans to Pay Attention around the light rail during Rail Safety Week, and every week. Whether you are driving, cycling or walking near the tracks please remember to be alert to your surroundings, limit distraction such as mobile phones and headphones when walking around or across light rail tracks, and follow the road rules including obeying all traffic light signals.

To learn more about Vanessa’s story: