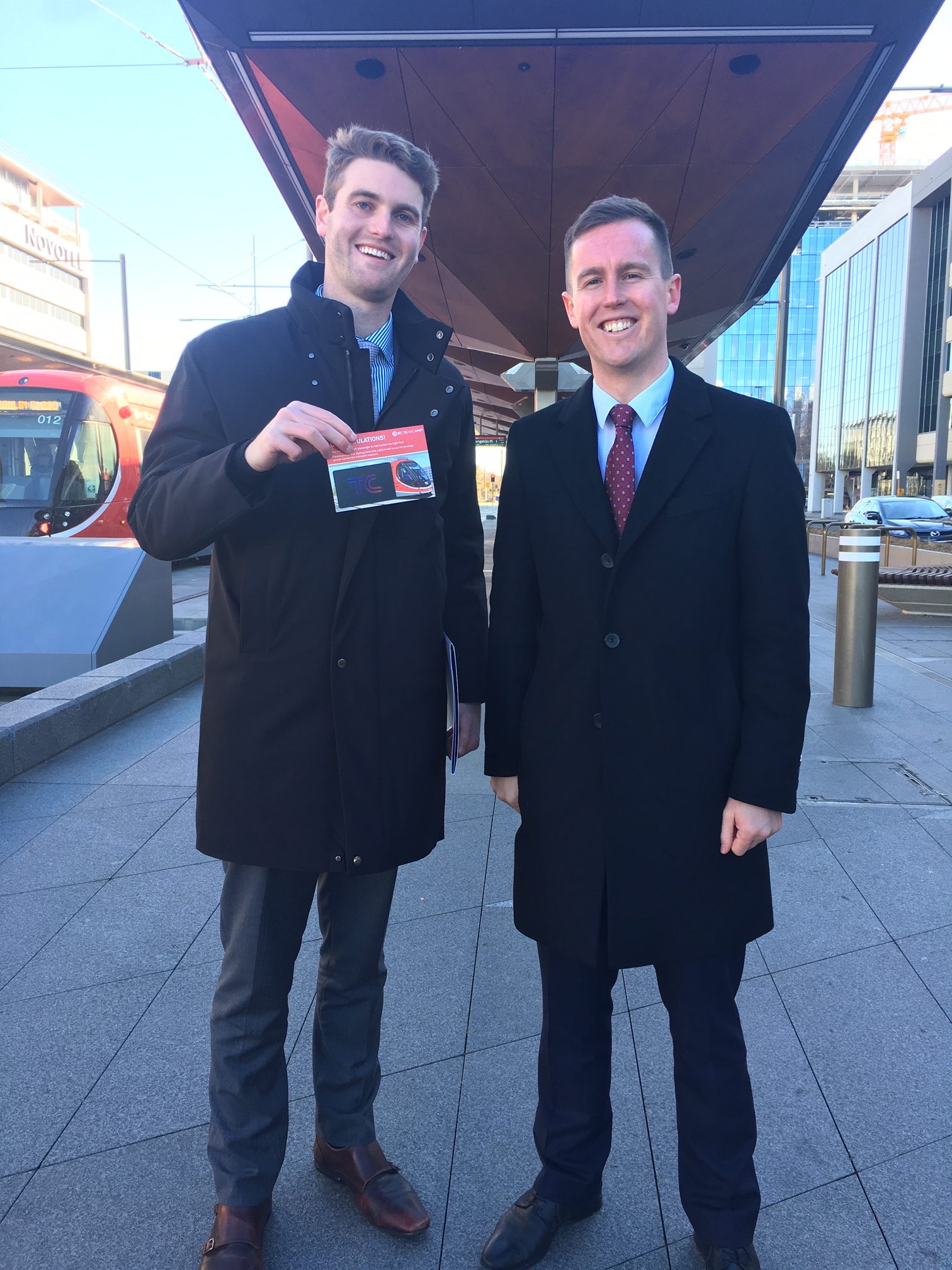 Less than 3 months after celebrating the launch of Canberra’s Light Rail Network another milestone has been met, with more than one million passengers getting on-board.

On Monday, July 15 the passengers on the 9:00am service into Alinga St were announced as the millionth passengers, with all on-board receiving commemorative MyWay cards with $20 credit. Passengers cheered and gave a round of applause when driver Beau made the announcement before arriving at their final destination.

Minister for Transport and City Services Chris Steel MLA was at the Alinga St stop to congratulate passengers, saying, “This is a real celebration for Canberra and its strategy to provide more opportunity to Canberrans to get around our city using public transport…Light Rail has generated a significant uptake in public transport use in the Gungahlin to city corridor, with 32 percent more public transport journeys starting in Gungahlin in June 2019 than there were in June 2018.” 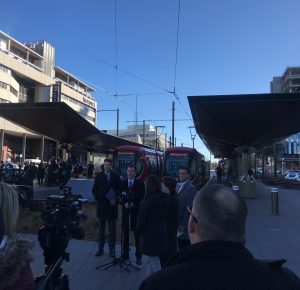