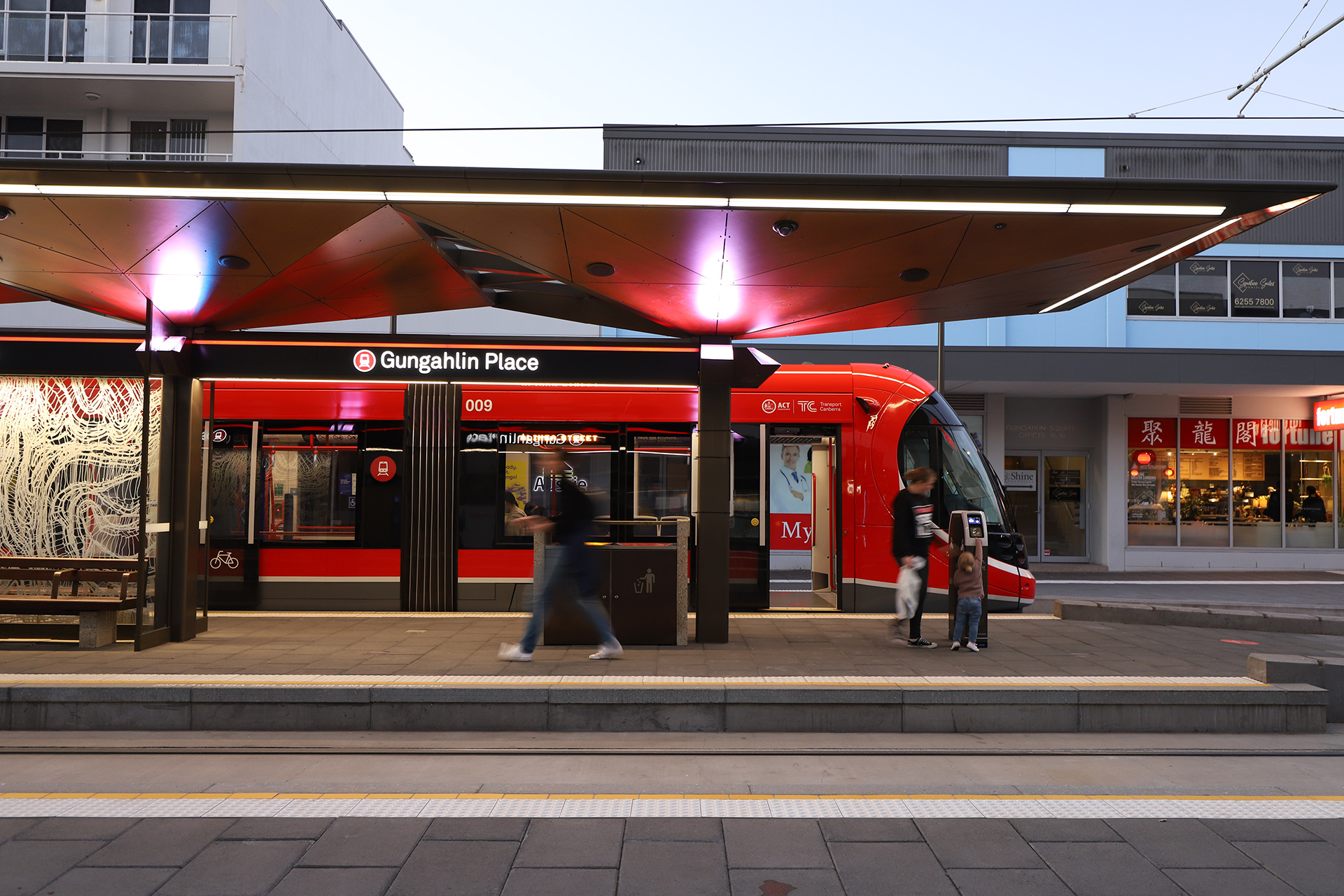 Nearly two years since the launch of light rail in the capital and a recent survey highlights its success in enticing Canberrans to try out public transport for the first time, with more than two-thirds saying they were more likely to use public transport now that light rail is in operation.

Minister for Transport and City Services Chris Steel said Canberrans are clearly embracing light rail because of the greater convenience, reliability and flexibility of the service.

The survey of 1,279 people found that 70 per cent of people said they were more likely to use public transport now that light rail is in operation.

Forty-two per cent of survey respondents are also now using light rail to get to work, compared with 35 per cent in 2020.

“The feedback confirms that the Government’s investment in light rail is encouraging more Canberrans to choose public transport including a large group that never previously used the bus system,” Minister Steel said.

“Light rail is a key part of our plans to provide quality mass transit as our city grows and grow patronage on public transport.

“It’s fantastic to see so many Canberrans getting on board and having such a positive experience, and we want to extend the same benefits to other parts of Canberra.”

Total patronage has already rebounded to approximately 75 per cent of pre-COVID levels, with COVID-safe travel advice still in place to reconsider the need to travel in peak times. Find the quietest times to travel at Transport Canberra.

“We are continuing to encourage Canberrans to use public transport in off-peak periods if they can, and the data shows plenty of people are choosing to do so.”