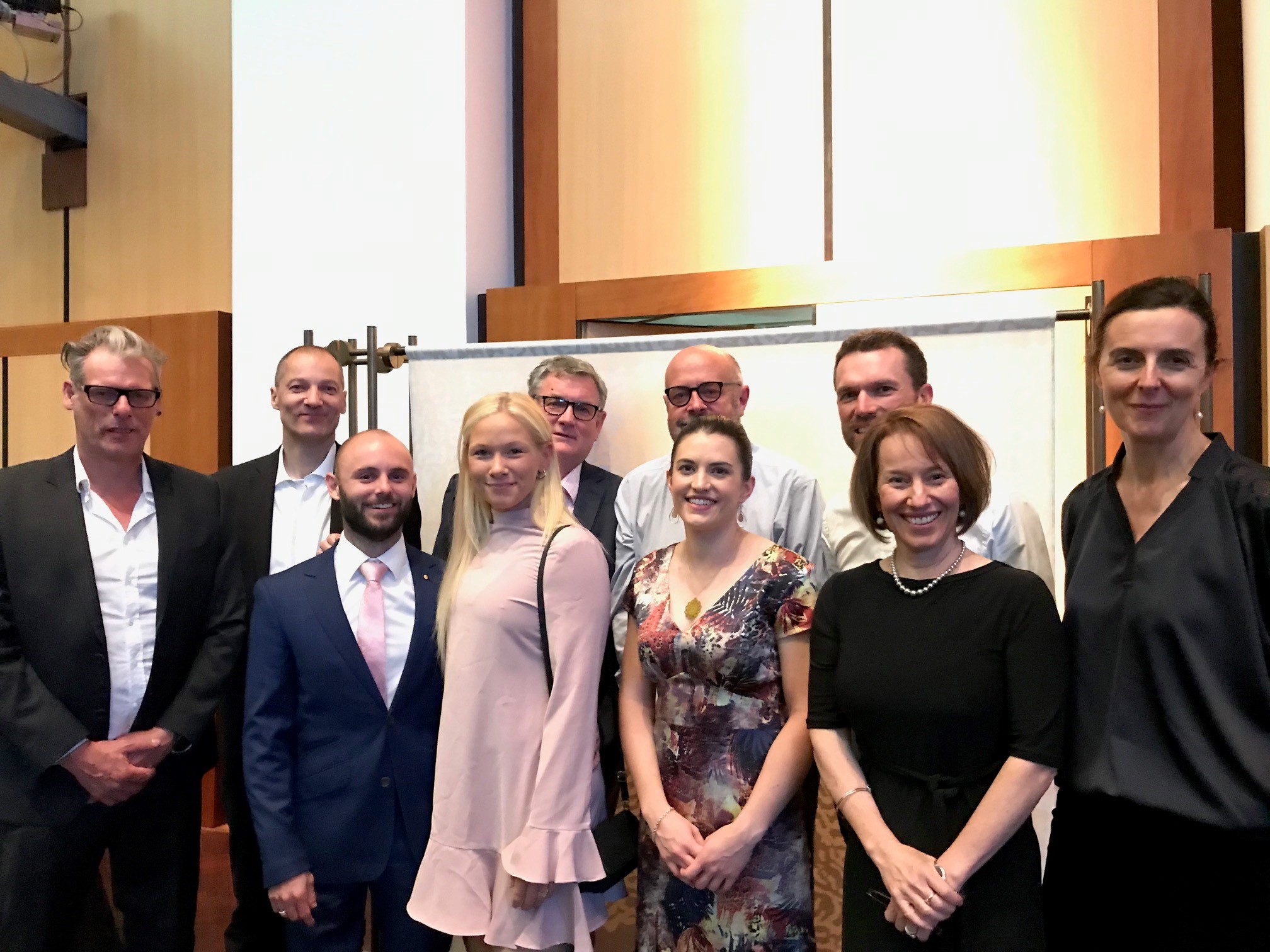 The ACT Inclusion Council and all involved in the awards put on a wonderful night celebrating the great work Canberra individuals, community groups and organisations in both private and public sector are doing to improve inclusion for Canberrans of all abilities. Congratulations to all finalists and award winners.

Vanessa Low was a finalist for the Emerging Young Leader award, for her work promoting the importance of rail safety to the Canberra community, including through visits to schools to remind students about the importance of staying safe. As a presenter, Vanessa has the ability to connect with school students of all ages.

Canberra Metro and the ACT Government’s Light Rail Team were finalists in the category of Excellence in Innovation, Design and Access award with the light rail system being designed for ease-of-access. Canberra’s light rail vehicles (LRVs) offer the most innovative accessibility features to be found in any light rail network. Each LRV has twelve priority seats for customers with limited mobility and two dedicated spaces for wheelchairs. For customers with a visual impairment, braille lettering and raised pictograms are located at each stop to provide information. Audio announcement messages also assist visually impaired customers with information about the stop facilities and departure times, and audio alarms indicate opening and closing of the LRV doors. Hearing Loops are available at each stop and on board all LRVs. Canberra Metro also conducts Familiarisation Days to provide customers with varying abilities an opportunity to familiarise themselves with light rail and practice boarding and alighting in a safe environment.

For more information about the 2019 Chief Minister’s Inclusion Awards head to the ACT Inclusion Council website.