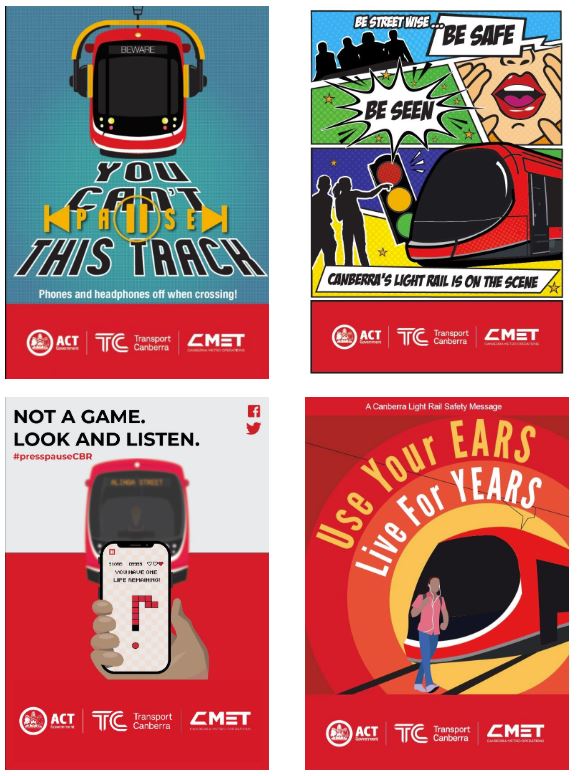 The CMET Rail Safety Poster competition was announced as a finalist last Thursday, 15 October 2020, at the Australasian Rail Industry Awards (ARIA).  There were two other campaigns also nominated for the category of TrackSAFE Award from Queensland and New Zealand. The ARIA aims to recognise the outstanding individual and company achievements in the rail industry.

Last year CMET partnered with Year 11 and 12 graphic design students from Gungahlin College to design a rail safety poster. The project was an initiative to develop safety messages that would cut through to and resonate with students. The project was a huge success, with over 25 entries from students and the winning designs being used as posters around the Gungahlin town centre, and as a light rail ‘wrap’ on 2 light rail vehicles.

The ARIA awards presentation which should have been held as a gala dinner in Melbourne was instead moved online, with the ceremony going ahead virtually.  While the award went to Queensland Rail, High Voltage Can Jump Campaign, CMET is proud to have been nominated as a finalist and hopes to continue developing community initiatives that support safety around light rail.

CMET thanks Gungahlin College and ACT Education for their continued involvement and support of Rail Safety initiatives.