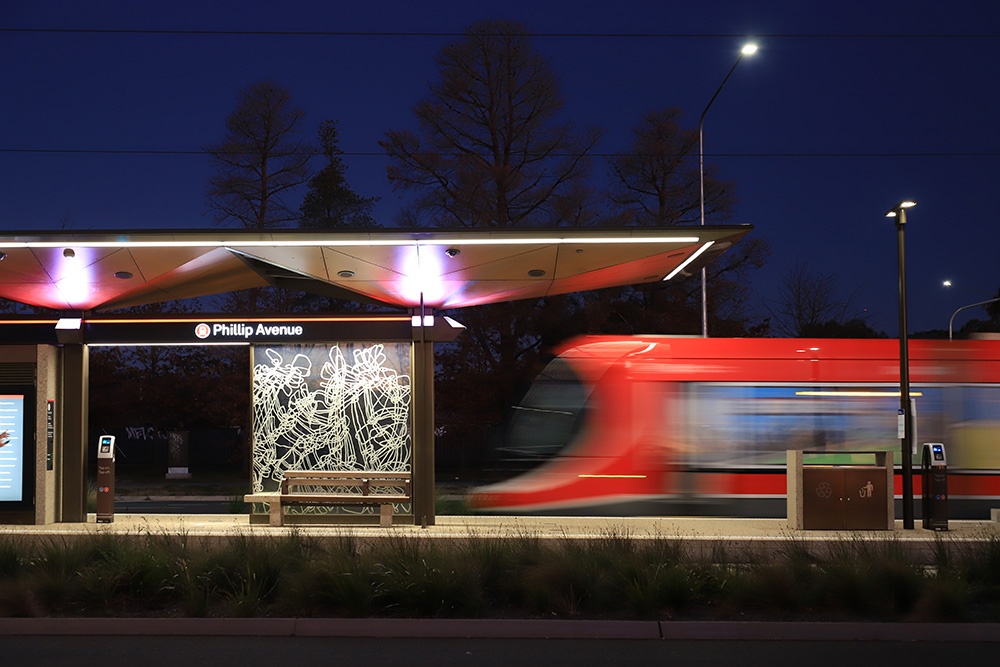 For every scheduled service CMET are required to operate we measure how many are completed.  This measurement takes into account that occasionally there are some services that aren’t able to complete the whole route for operational reasons. This figure is reported on the operational performance page on the CMET website as ‘services run’.

On Time Running – is the light rail service on time?

When it comes to punctuality a service is measured as a late, early or on time.  There are four timing points along the light rail route where arrival and departure times are measured. These are Well Station Drive Stop, Dickson Interchange and both termini; Gungahlin Place and Alinga Street.

If a light rail service leaves its origin (Gungahlin Place or Alinga Street), or one of the timing points 30 seconds or more before the scheduled time it is considered an early departure. CMET have a zero-tolerance approach to early departures; with the expectation that drivers never leave a timing point early.

If a light rail service arrives at a timing point or its destination two minutes or more after the scheduled arrival time it is considered a late arrival. If a light rail service arrives at both timing points along the route and its destination more than two minutes late, it counts as three late arrivals in CMET’s performance statistics. This figure is reported on the operational performance page as ‘Services on time’, and reports on late arrival percentage, it does not take into consideration early departures.

How does Canberra’s light rail measure up?

For such a young operation, we have world-leading results. We are consistently sitting over 99.9% for our overall operational performance metric.

In terms of availability, CMET have missed 9 trips in the 81,235 that were scheduled from 1 April 2020 to 31 March 2021. Availability can be impacted by such things as incidents, unplanned works on the network, or other factors that result in major delays.

You can be assured that light rail services will be on time, nearly every time. Every week there are 1614 light rail trips, between Alinga Street and Gungahlin Place and vice versa. In the past year, CMET has averaged 97 late arrivals each month. Noting every trip can incur up to 3 late arrivals at each of the timing points. With nearly 20,000 timing points in a month (across an average 6770 trips), the likelihood of an LRV arriving more than 2 minutes late at your stop is around 0.52%. Our passengers can be assured that Canberra light rail services are operating at a world-leading availability and on-time performance standard.