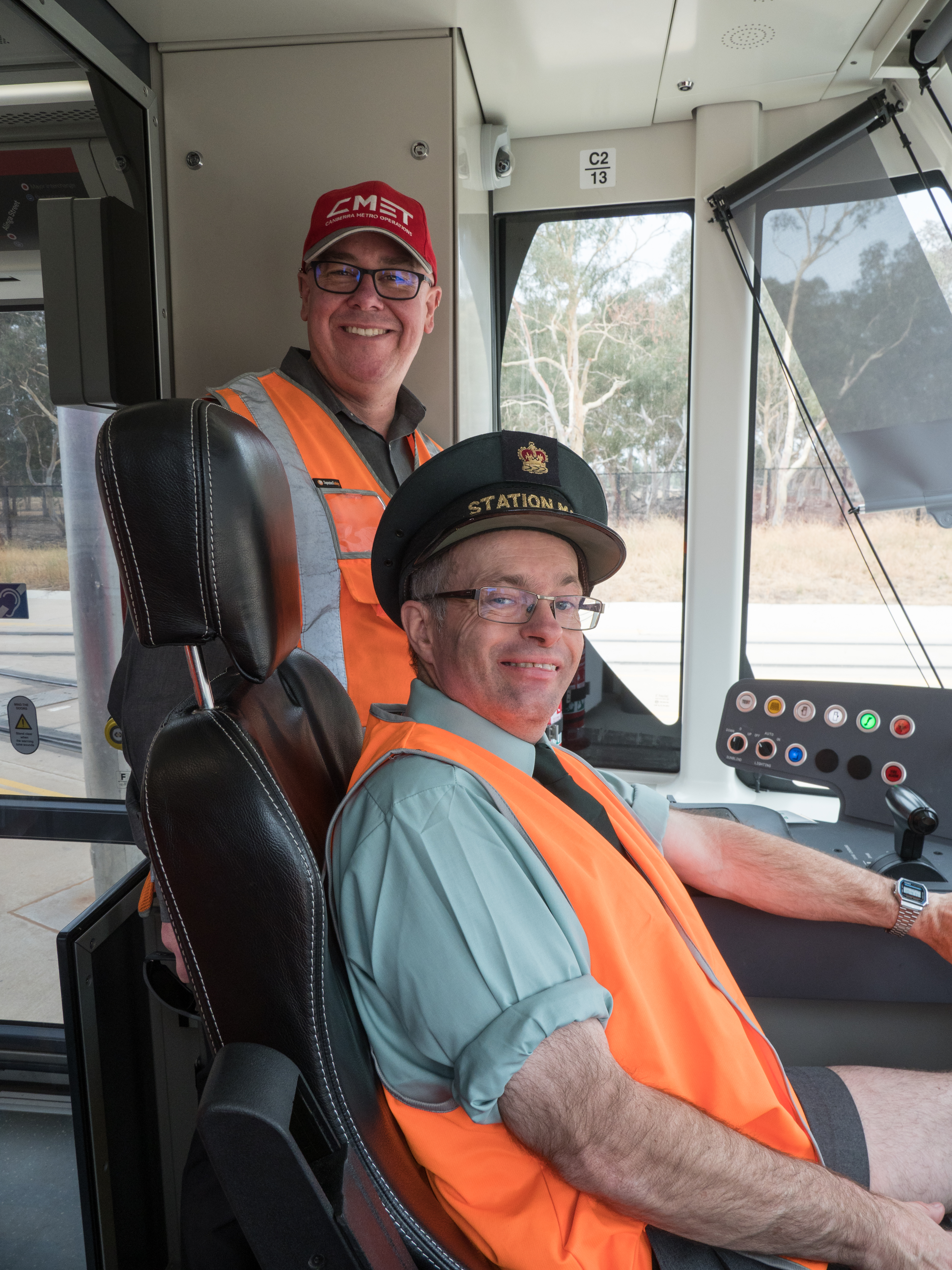 Yesterday the CMET customer service team were excited to be able to host arguably one of Canberra Light Rail’s biggest fans on a special visit to the Light Rail Depot.

Scott Greagg catches the light rail on his way to work each day, travelling from Dickson into Alinga. CMET Drivers and CSOs recognise Scott when he arrives on the platform each day, waving to the vehicles as they pull into his local stop.

Scott grew up in Melbourne and has been an avid fan of the rail network in Victoria for many years. When Light Rail finally opened in Canberra in April 2019, Scott was among the first Canberrans to experience the journey from Gungahlin to the City Centre on the opening weekend. Scott is such a fan of rail that he has a station in his yard and a control centre, complete with working PA system, in his bedroom.

With the ACT Government’s Community Services Directorate assisting in coordinating the visit, Scott and his family toured the Mitchell depot facility on Thursday 9 January. The tour included visiting the administration building including a sneak peak in the Control Centre, and then Scott had the chance to sit in the driver’s seat of a light rail vehicle in the depot yard. Accompanied by Driver Warren (who some may know from The Canberra Times in December), Scott learned all about how light rail vehicles operate, and even got to put his announcement skills to the test over the vehicle’s PA system.

Scott’s experience was documented by his family so that he can relive the wonderful day, with some great photos shared below.