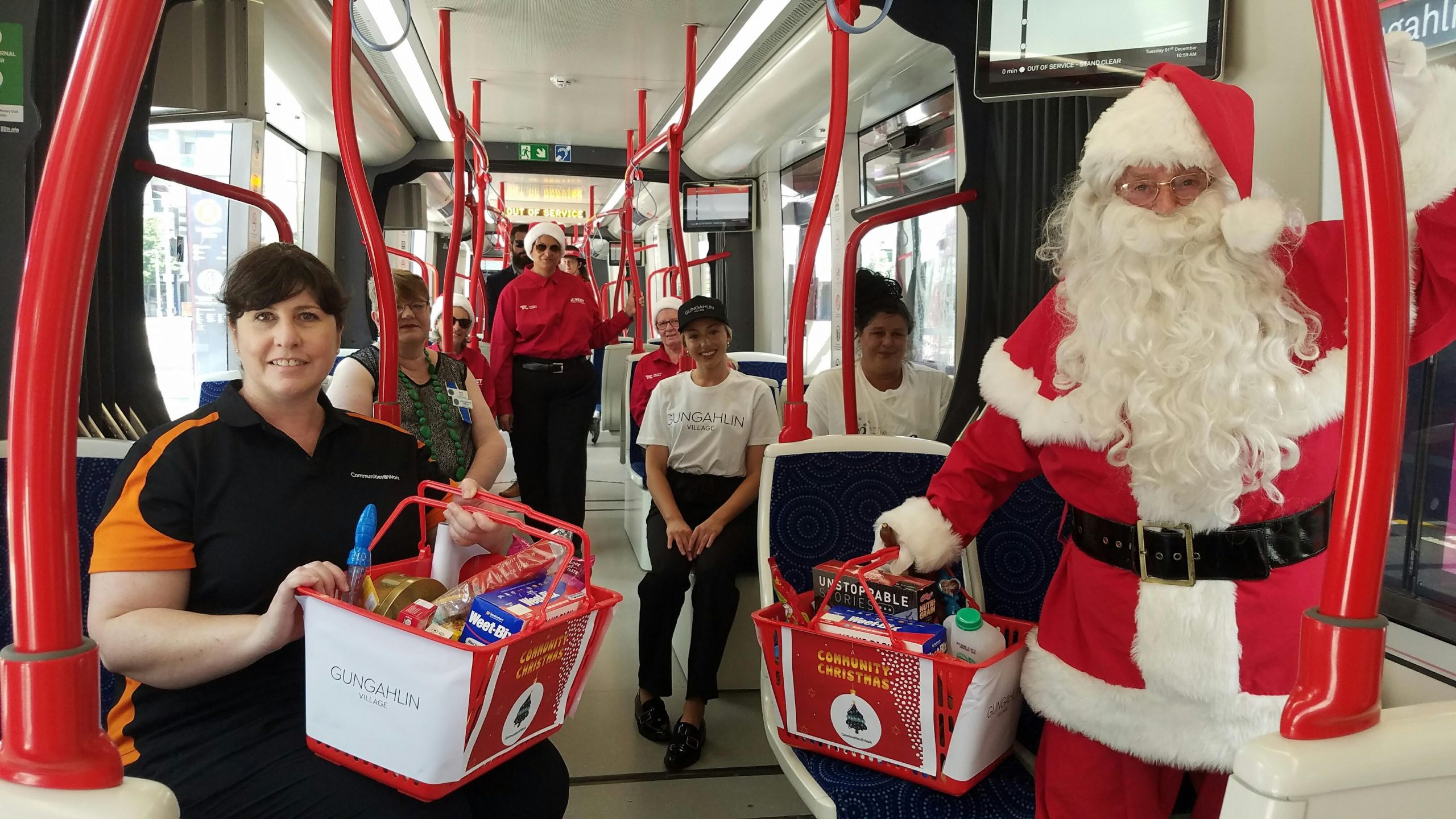 Santa gave his ‘sleigh’ a practice run on Tuesday when he arrived at Gungahlin Village on the light rail, laden with gifts for families in need.

Assisted by helpers from Canberra Metro Operations (CMET), Santa delivered his much-needed gifts to Communities@Work, Canberra’s largest non-profit community organisation, who provide gifts to Canberra’s vulnerable and disadvantaged who may otherwise miss out on celebrating Christmas. The gifts were generously donated by Gungahlin Village customers.

CMET has also hopped on board the Communities@Work Christmas Appeal, with General Manager Peter O’Brien saying that the organisation was proud to support the appeal. “Canberra Metro Operations has been assisting Santa with his travel arrangements to Gungahlin for the past three years.  We are delighted to support the Communities@Work Christmas Appeal once again and we are always happy to play Santa’s helpers.”

Peter presented Communities at Work with a cash donation, raised by CMET staff throughout 2020 for the Communities@Work Christmas Appeal.