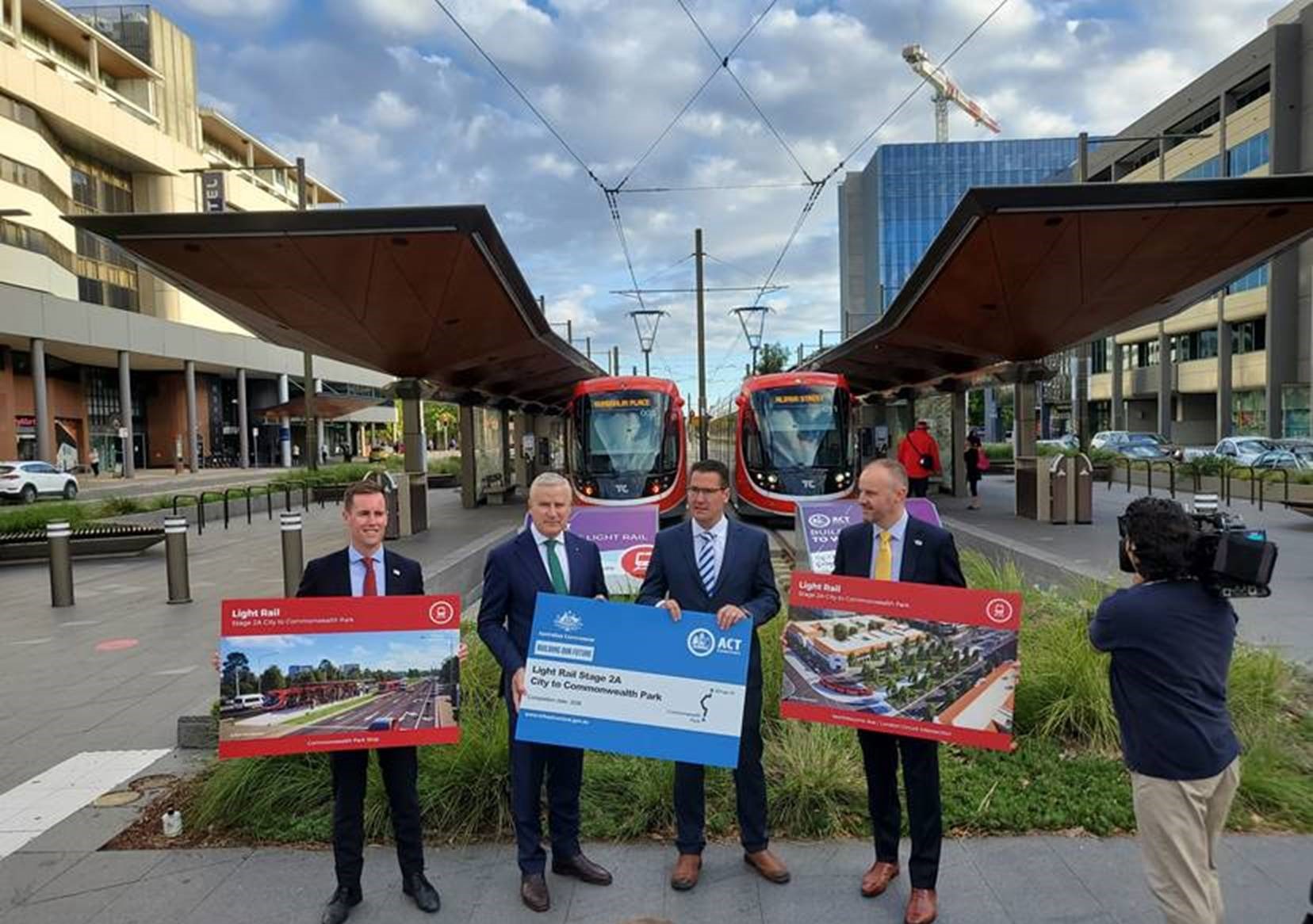 The funding announcement comes after the federal government signed off on crucial environmental approvals last month, bringing the network extension one step closer.

The ACT government has not provided a clear timeframe for the build but it appears most likely enabling works to raise London Circuit in line with Commonwealth Avenue won’t begin until early next year. This work will take two years before tracks can begin to be laid, bringing the likely completion date to 2025.
The government is still awaiting National Capital Authority approval for stage 2A and is yet to sign any contracts to build the project.

Senator for the ACT Zed Seselja said for Canberrans, extending the Gungahlin-City light rail made sense, “It is important we get light rail right for Canberrans. With construction anticipated to commence in 2022, Stage 2A is the first leg of bringing light rail to Woden and will extend the existing route by three stops to Commonwealth Park,” he said.